Growing up in the Shadow of COVID-19

Growing up in the Shadow of COVID-19

8 months into the pandemic, the UK Government’s inadequate consideration of young people in the COVID-19 response is causing lasting harm to a whole generation. Although children and adolescents are generally less clinically vulnerable to COVID-19 than are adults, the wider effects of COVID-19 policies have disproportionately and negatively affected the young.

Data emerging from multiple sources show that, during the first phase of the pandemic in March–June, closures of schools, nurseries, and outdoor play spaces, and reduced clinical and community services have endangered child health and widened pre-existing disparities. Early findings of a survey of 500 parents showed that young children (aged 0–3 years) from disadvantaged backgrounds were less likely to engage in enriching activities, had less access to outdoor space and books, and had more daily screen time than their wealthier peers. In some areas of England, more than half of health visitors who support new parents and infants have been redeployed to COVID-19 services, raising concerns about missed needs in young children’s growth, development, and safeguarding. A quarter of pupils (roughly 2·5 million children in the UK) had no schooling or tutoring during lockdown; while 74% of those at private schools had full days of teaching, the proportion was only 38% for state school pupils. Cancelled exams and the heavily criticised grading system have left many students missing out on university places and facing an uncertain future. Young people are also more likely to work in sectors affected by COVID-19; in the Social Mobility Survey, 11% of those aged 16–25 years reported losing their jobs between February and September, compared with 5% of older adults, and nearly 60% of young people reported a fall in their earnings.

These diminished educational and economic prospects compound the burden of the pandemic on young people’s mental health and wellbeing. In July, 2020, the Mental Health and Young People Survey included 3570 participants aged 5–22 years and found that 16% had a probable mental disorder, a sizeable increase from 11% in 2017. One in ten young people aged 11–22 years said that they often or always felt lonely, and nearly 30% reported sleep problems in the past 7 days. A report by the Resolution Foundation showed that over 40% of young adults aged 18–29 years reported higher than normal levels of mental health problems in April, 2020, an 80% increase from 2017–19 levels and a much higher proportion than other adult age groups.

Inadequate preparations in the summer—notably, the failure to implement an effective test–trace–isolate strategy and scarce support for early reopening of schools—once again left young people in a chaotic situation in September. After encouraging students to go back to university campuses, many were left to self-isolate in their halls of residence with limited support.

As the UK faces a second wave, these mistakes must not be repeated. The needs of children and adolescents must no longer be sidelined in policy making. Child health and social services should remain accessible and adequately staffed, especially as the winter typically sees peak demand for paediatric acute and emergency care. Schools should remain open for as long as possible; in case of closures, additional support such as free school meals and access to laptops and internet connections must be given to vulnerable children to avoid widening disparities further. Catch-up tutoring and careful planning for exams in 2021 must be in place to give pupils a fair chance at this crucial life stage.

The UK Government’s disastrous handling of the pandemic has exacerbated the already precarious state of national child health resulting from a decade of austerity and cuts in funding for children’s services. Before the pandemic, the 2020 State of Child Health report already highlighted increasing child poverty in working families, worsening mental health, and widening inequalities. With a whole generation caught in a limbo in 2020, the Government must immediately step up long-term investment in prevention and early intervention services to help children and adolescents to recover from the effects of COVID-19. Early childhood interventions are needed to help the youngest children to regain months of missed social and educational development in the crucial first 1000 days of their lives. Mental health support in schools, catch-up vaccinations, social care for vulnerable families, and funding to alleviate child poverty must be priorities. The pandemic will eventually pass, but we must not let its shadows continue to define and affect a whole generation of young people. 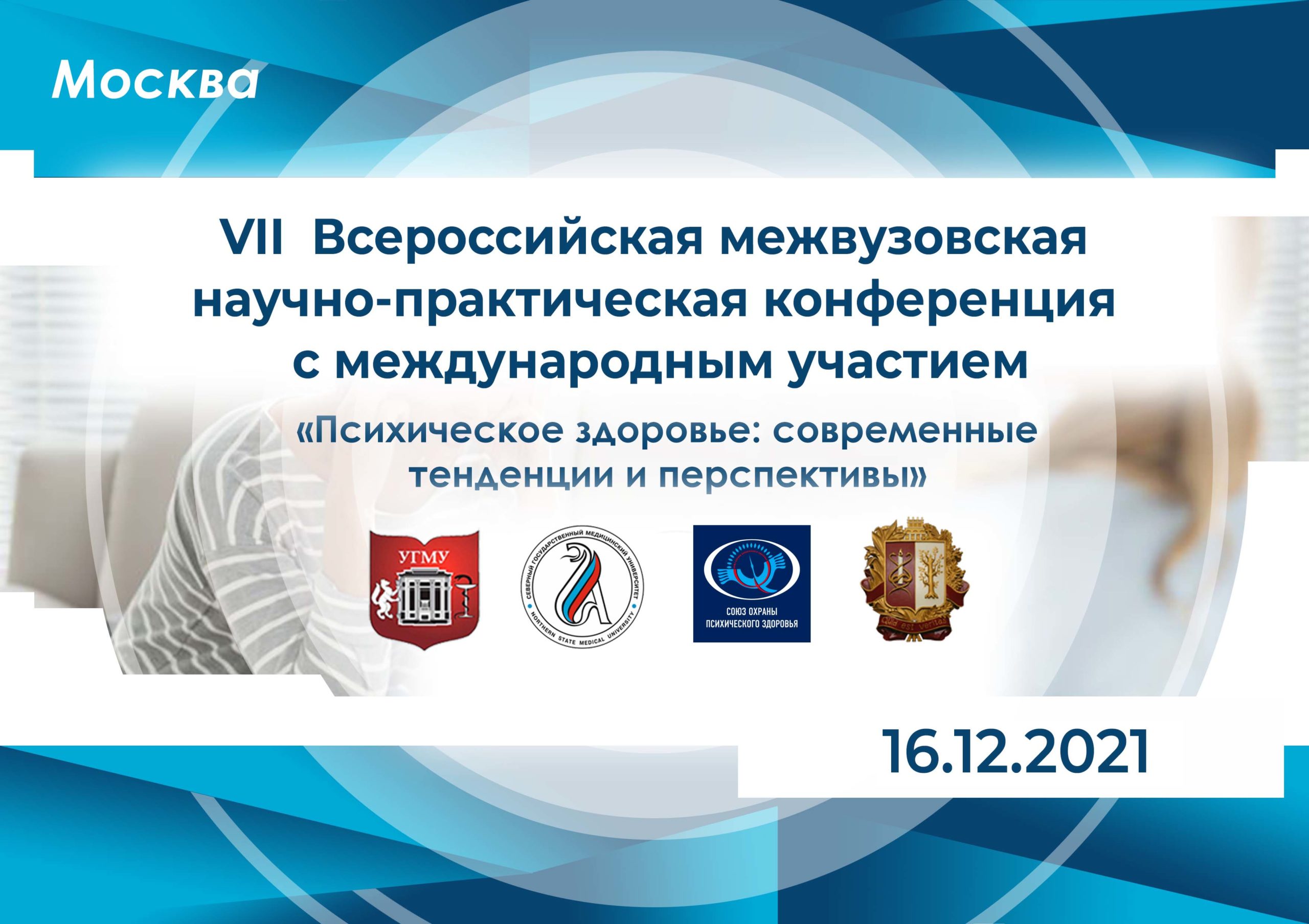 The Russian National Foundation on Rehabilitation has launched a new project aimed at promoting the employment of young people with...

WELCOME TO SCHOOL! based on the concept-paper of the III Congress on Mental Health: Meeting the Needs of the XXI...

The first webinar on music therapy was held in St. Petersburg

The first in St. Petersburg webinar on music therapy with international participation "Music therapy in the work of a... 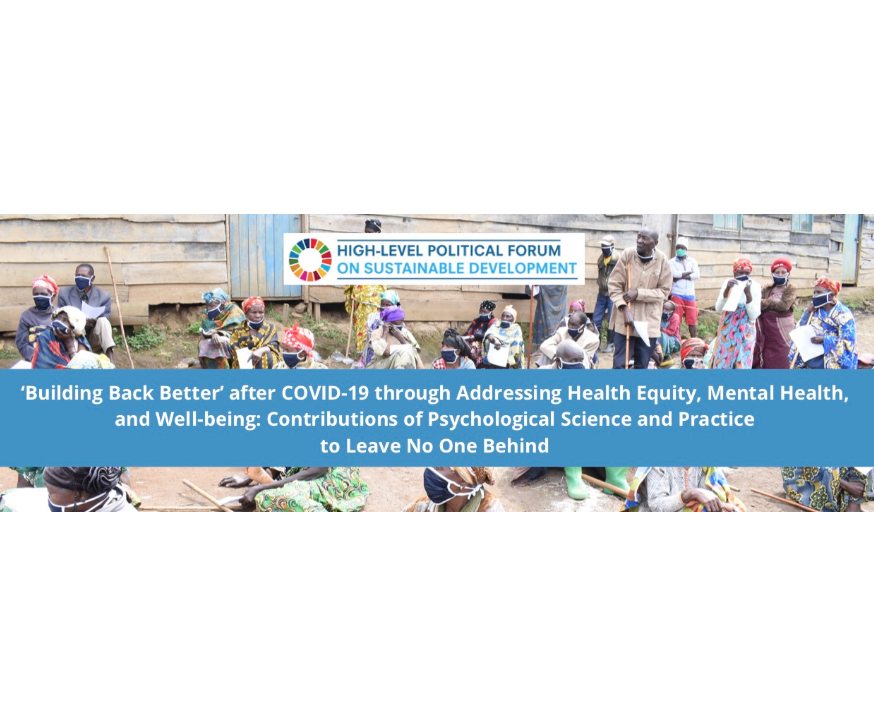 The United Nations High-level Political Forum on Sustainable Development on the important topic of Health Equity in the context of...

The Ministry of Education of Russia Considers It Important to Strengthen Psychological and Pedagogical Support for Schoolchildren, Teachers and Parents

The Ministry of Education of the Russian Federation has sent Recommendations to strengthen psychological and pedagogical support for schoolchildren, teachers...

WHO has appointed four new Goodwill Ambassadors who will work closely with WHO to draw attention to health issues affecting people's...

Professional activity is the most important sphere of human life, and professional identity almost universally serves as the foundation of...