Dr. Bonnie Kirsh, Department of occupational science and occupational therapy (University of Toronto), delivers a report at the Congress

Dr. Bonnie Kirsh, Associate Professor in the Department of Occupational Science and Occupational Therapy at the University of Toronto,...

THE "DIFFERENT ONES" - ABOUT THE EMOTIONAL AND ARTLESS

The Union for Mental Health has opened an online store to sell products made by people with mental disabilities. THE...

The Union for Mental Health of Russia announces the call for bids for the II National Awards “HARMONY” established to... 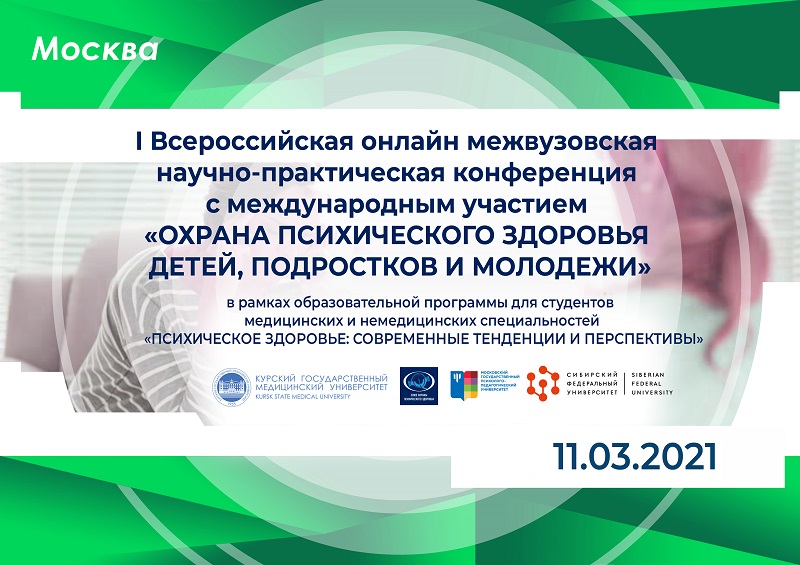 The All-Russian Mental Health Awareness Program for University Students was launched in December 2020. The Program is aimed at raising awareness on mental...

From a social psychiatric perspective an important public health issue is the increasing number of persons with a traumatic background...

International Journal of Global Social Work About the Congress

The Congress on Mental Health: Meeting the Needs of the XXI Century, Organized by The Union for Mental Health of Russia, on April Issue 'WPA News'

Full information on World Psychiatric Association website. The Congress on Mental Health: Meeting the Needs of the XXI Century...

World Health Day, celebrated on 7 April every year to mark the anniversary of the founding of the World Health...