International Conference “Mental Health in the Workolace”, Congress on Mental Health “Meeting the Needs of the XXI Century
9 – 10 October – WHO mhGAP Forum in Geneva

The two days of activities in the Forum have being providing an opportunity for a diverse group of stakeholders to discuss a variety of themes, all related to the implementation of WHO’s Mental Health Action Plan 2013-2020. The Forum has also discussed specific commitments from partners towards implementing the Action Plan. Thus, the President of the Union for Mental Health of Russia, Natalya Treushnikova, delivered a concept of the II Congress on Mental Health: Meeting the Needs of the XXI Century to be held on 19-21 October, 2018 in Moscow, Russia.

The theme of the Congress hosted by the WPA in cooperation with the DGPPN (Deutsche Gesellschaft für Psychiatrie und Psychotherapie, Psychosomatik und Nervenheilkunde) was “Psychiatry of the 21st Century: Context, Controversies and Commitment”. The varied programme of the Congress offered about 900 different events over five days. The first-class Scientific Programme offered a comprehensive overview of current developments – together with practice-related knowledge for prevention, diagnosis, treatment and rehabilitation. The election of the next President of the WPA became a significant part of the Congress agenda.

The Union for Mental Health of Russia has a pleasure to express our congratulations to Professor Afzal Javed on having been elected as the next President of the World Psychiatric Association.
3 October – “The Different Ones?” III Festival of Mental Health Psychosocial Rehabilitation Programs in Russia.

The annual Festival of Mental Health Psychosocial Rehabilitation Programs took place on 13 October in Saint-Petersburg, Russia. The Event was traditionally dated to the World Mental Health Day and was aimed at improving the health and well-being of people with mental disorders and psychosocial disabilities through the development of integrated mental health and social care community based services in Russia.

The Festival resulted in creation of an integrated mental health platform for developing common approaches and broadcasting positive experiences in the field of psychosocial rehabilitation. Thus, the Festival participants developed a final resolution where they noted that making the integration of the mentally ill into society, psychosocial rehabilitation meets a multifaceted set of problems that depend on the level of the socio-economic development of a region, as well as on the degree of development of inter-disciplinary and inter-sectoral forms of cooperation between the psychiatry and non-specialized community settings.

The Festival had the great honor to receive the keynote reports from the leading international experts in the field of psychosocial rehabilitation including Professor Afzal Javed, President Elect of the World Psychiatric Association (WPA) (United Kingdom); Professor Marianne C. Kastrup, Treasurer of the World Association of Social Psychiatry (WASP) (Denmark); Dr. Henrik Wahlberg, Board member of World Association for Psychosocial Rehabilitation (WAPR) (Finland); Esko Hänninen, Board member of WAPR (Finland); Audun Pedersen, Senior Adviser for Mental Health of the Department of Social Affairs, Housing and Local Development of the Municipality of Bergen (Norway). The Festival was organized by the Union for Mental Health of Russia in cooperation with the Russian Society of Psychiatrists, the All-Russia Association of Psychosocial Rehabilitation Centers, the World Club of Petersburgers and the All-Russia Professional Psychotherapeutic League under patronage of the Ministry of Health of the Russian Federation.

“Mental health problems affect all levels of the public interests: from individual destiny of a person and the life of a particular family to issues related to education, upbringing, employment, social and legal protection, and the well-being of millions of people.”

Natalya V. Treushnikova, President of the Union for Mental Health of Russia.

15-18 November – The international school and conference “The right [and the opportunity] to have a [whole] life” will be held in Trieste, Italy.

16 November – International Day for Tolerance, declared by UNESCO in 1995 to generate public awareness of the dangers of intolerance.

20 November – the Universal Children’s Day, the day the United Nations adopted the Declaration of the Rights of the Child.

21-22 November – All-Russian scientific-practical conference with international participation “Genetics and epigenetics of mental illnesses” will be held in the Scientific Center of Mental Health, Russian Academy of Medical Sciences, in Moscow.

22-24 November – the 5th International Conference of Psychotraumatology and Mediation 2017  “Wars, Trauma, Migrations and Global Mental Health for refugees in Developed countries and in Developing countries for civil populations and refugees: what innovations in the treatment, in mediation, conflict management and human rights” will be held in Geneva, Switzerland.

Prof. Vladimir D. Mendelevich, Director of Institute for Research of Problems of Mental Health, has joined the Organizing Committee

The Association for the Improvement of Mental Health Programmes has become an Official Partner of the Congress on Mental Health: Meeting the... 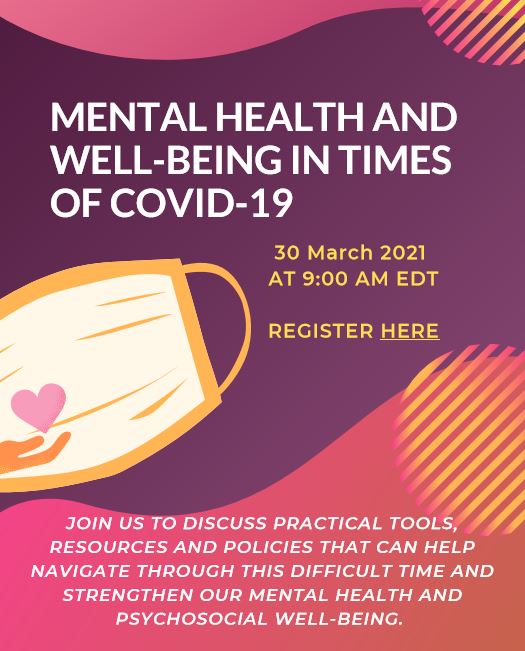 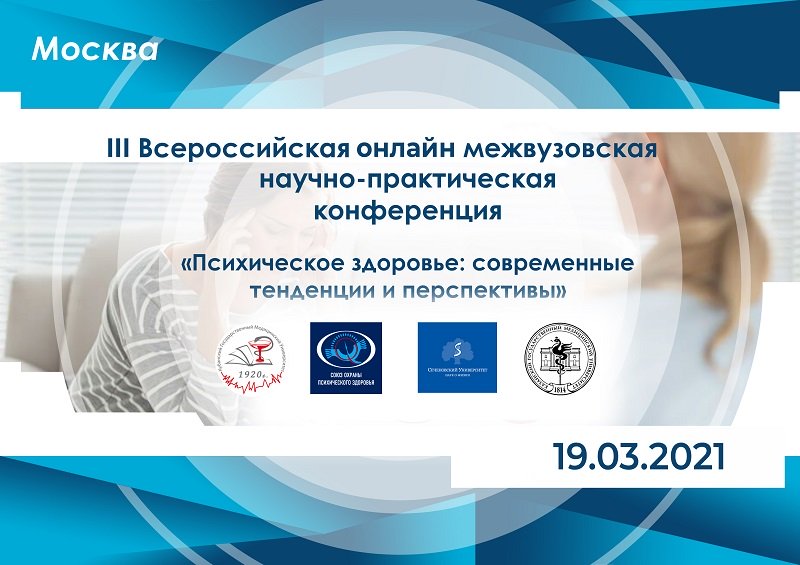 The Union for Mental Health (Moscow, Russia) in cooperation with the Kuban State Medical University of the Ministry of Health... 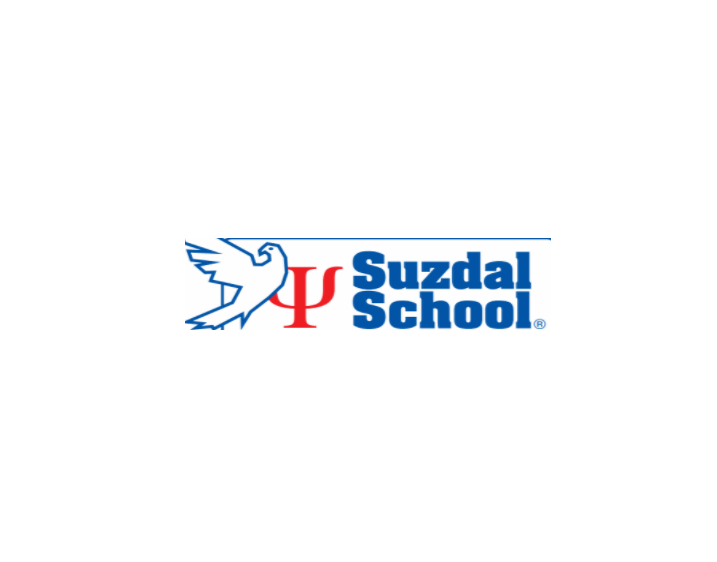 On September 23, the XV All-Russian School of Young Psychiatrists in Suzdal began its work - the main event of...

Traditionally, on the eve of the World Mental Health Day, Natalia Treushnikova, President of the Union for Mental Health, opened...

Recommendations for Medical Professionals Who are Under Increased Psycho-Emotional Stress

Recommendations for Medical Professionals Who are Under Increased Psycho-Emotional Stress Prepared by the Union for Mental Health   Emotional Burnout...