The 16th International Forum on Mood and Anxiety Disorders (IFMAD 2016) that will be taking place this year on December 8 – 10th in Rome, one of the most beautiful cities in the world!
IFMAD has developed the reputation over many years of being the most interactive, stimulating and productive educational meeting in its field in Europe and since 2015. It is accredited for continuing medical education. It has a tradition of inviting expert speakers with subjects which provide new insights in treatment of various psychiatric disorders. The meeting always takes place in a collegiate setting which allows for an open interaction between speakers and other experts present with the registrants both in the meeting room and in the intervals.
This year there are substantial sessions on bipolar disorder with a focus on cognitive impairment with a critical analysis of the design issues and the difficult issue of how to treat cognitive problems in bipolar disorder. The place of talking therapies in treating bipolar disorder and how to stage bipolar disorder will also be reviewed as well as the controversial place of antidepressants in bipolar depression. A major component of the meeting will be to focus on treatment resistant depression on several areas, with an update of the most advanced pharmacogenetics techniques which may benefit patients, data driven 10 easy suggestions on improving antidepressant response in TRD, how to save time in the choice of effective treatment of TRD, and a suggested algorithm for treating TRD based on the evidence.
The new findings which show that the response of TRD may be accelerated to achieve response in 24 hours or 48 hours is expected to revolutionise the treatment of TRD and the theoretical studies and results with different clinical strategies in the clinic will be critically reviewed.
IFMAD 2016 topics will include: Standards of Care for Obsessive-Compulsive Disorder, Cognition in Bipolar Disorder, Update on treatment resistant depression, Really rapid response antidepressants, Zika Virus disease and CNS consequences, Nutrition and depression, New thoughts on treatment of anxiety disorders, New insights in the treatment of depression, Advances in the treatment of Bipolar Disorder.

The 5th International Conference of Psychotraumatology and Mediation (5ICPM – 2017) will be hold on 22-24 November in Geneva. It...

EPA has granted patronage for the Congress on Mental Health: Meeting the Needs of the XXI Century

The European Psychiatric Association (EPA), the most visible psychiatric association in Europe, has granted patronage for the Congress on Mental Health: Meeting...

The Second European Conference on Psychology and the Behavioral Sciences will be held in Brighton on 6-8 July 2015 sponsored...

The Life Cycle Approach to the Individual’s Mental Health

Mental health requires holistic approaches throughout the individual’s life. Mental health outcome at one point in the life cycle provides...

Natalia Treushnikova regarding the II Congress on Mental Health: Meeting the Needs of the XXI Century in the Global Mental Health & Psychiatry Newsletter May 2017 issue

Prof. Nikolai Neznanov, President of the Russian Society of Psychiatrists (RSP), with welcome address to the Congress participants 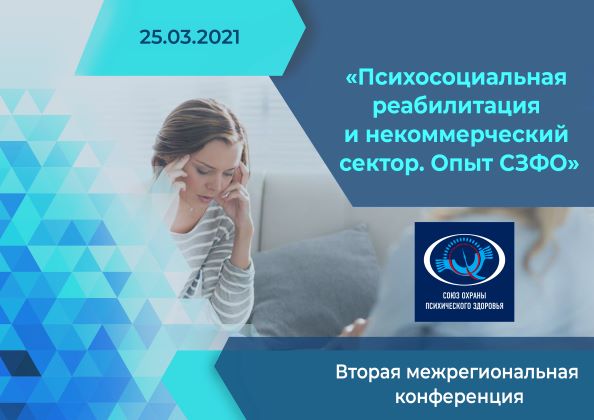 Psychosocial rehabilitation and the Non-profit Sector in Russia: the Northwestern Federal District

On March 25, 2021, the Union for Mental Health will hold the Second Interregional Conference " Psychosocial rehabilitation and the Non-profit...