The II Film Festival “Docu-MENTAL” to Open the II Congress on Mental Health: Meeting the Needs of the XXI Century

Within the framework of the official program of the II Congress on Mental Health: Meeting the Needs of the XXI Century (October 5-7, 2018), the Union for Mental Health presents the II Film Festival “Docu-MENTAL” about people with mental disabilities. “Docu-MENTAL” is a panorama of feature and documentary films that consider the acute question of “normality” from different angles. Understanding each other is possible. We must help each other. And if there is an indisputable norm, it is a constant need for mutual adaptation and communication. The Festival will open a new format for discussion: after each showtime, an open discussion will be held, enabling viewers along with well-known film critics and mental health experts to analyze the characters’ personalities and their perception of the world around them. II Film Festival “Docu-MENTAL” will take place from October 4 to October 7 in the Central House of Cinema (CDC) in Moscow.
The “DocuMENTAL” Festival supported by the “Pilgrim” platform (https://piligrim.fund/docu-mental ), announces the launch of the Contest of documentary and feature short films about people with mental disabilities and developmental disorders.
The selection round (collection of applications) will take place from June 26 to August 30. All the works submitted will be reviewed by the jury members from August 30 to September 30. The jury members are: Anna Melikyan, Ekaterina Gordeeva, Paulina Andreeva, Vsevolod Korshunov, Ekaterina Rusakovich, Fedor Struchev, Alisa Taezhnaya, Yuliya Kiseleva, Ivan Kapitonov, Ekaterina Evgrafova, Yuri Muravitskiy.
Only short documentary and feature short films created between July 2016 and July 2018, with a time limit of 40 minutes, touching upon the topic of mental health, in Russian (with English subtitles) or in English (with Russian subtitles ) will be accepted for the contest.
To participate in the contest, it is necessary to fill out an application: https://piligrim.fund/docu-mental
The winners will be announced at the opening ceremony of the “DocuMENTAL” Festival on October 4 in the Central House of Cinema.
According to the World Health Organization (WHO), every fourth or fifth person in the world has a mental or behavioral disorder. A person affected by this problem is afraid to tell his or her family and friends about it. We have the power to show viewers that a mental illness does not put an end to human life, to tell the stories of specific people who live their lives in their own special way – yet they live. They create their own radio, draw, sew and sculpt, write poetry, sing, play musical instruments..
We have the power to show the life of special people and their hobbies, using the magic of short films, thus changing attitudes towards such people, their lives and role in society! 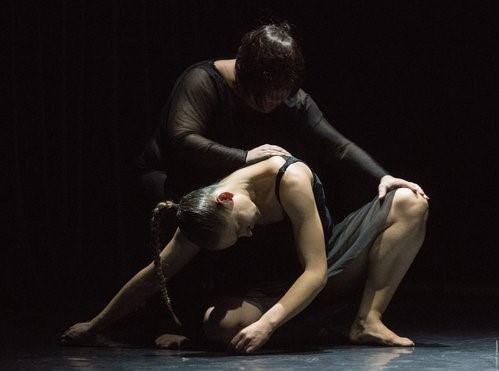 Last Registration Deadline for the Congress by September 01, 2016

Last Registration Deadline for the Congress by September 01, 2016 Around 600 international and russian experts from various spheres of...