On 10 October, World Mental Health Day, world leaders and internationally-recognized celebrities and mental health advocates will come together for the World Health Organization’s Big Event for Mental Health. WHO’s first-ever online advocacy event for mental health will focus on the urgent need to address the world’s chronic under-investment in mental health  ̶  a problem that has been thrown into the spotlight during the COVID-19 pandemic.
Close to 1 billion people are living with a mental disorder, 3 million people die every year from the harmful use of alcohol and one person dies every 40 seconds by suicide. And now, billions of people around the world have been affected by the COVID-19 pandemic, which is having a further impact on people’s mental health.
The Big Event, which is free and open to the public, will be broadcast on 10 October from 16:00-19:00 CEST on WHO’s Facebook, Twitter, LinkedIn, YouTube and TikTok channels and website.
The Big Event, to be hosted by award-winning journalist Femi Oke, will feature an exciting line-up of performances and conversations with celebrities and activists about their motivations for advocating for greater investment in mental health, including:
Cynthia Germanotta: President and Co-Founder (with her daughter Lady Gaga) of Born This Way Foundation and WHO Goodwill Ambassador for Mental Health
Alisson Becker: goalkeeper for Liverpool Football Club and the Brazilian National Football Team and WHO Goodwill Ambassador for Health Promotion
Natália Loewe Becker: medical doctor and WHO Goodwill Ambassador for Health Promotion
Talinda Bennington: widow of Linkin Park lead vocalist Chester Bennington and founding partner of the mental health advocacy organization 320 Changes Direction
Klas Bergling: father of DJ, musician and producer Tim Bergling, aka Avicii,
and Co-founder of the Tim Bergling Foundation.
Korede Bello: Nigerian singer and songwriter
Jonny Benjamin: mental health campaigner, film producer and public speaker
During the event, national and international leaders who have championed mental health in their own countries and organizations will talk about the benefits of this commitment. They include:
Her Majesty Queen Mathilde of the Belgians
Epsy Campbell Barr, First Vice-President of Costa Rica
Sigrid Kaag, Minister for Foreign Trade and Development Cooperation, the Netherlands
Peter Sands: Executive Director of the Global Fund to Fight AIDS, Tuberculosis and Malaria
Muhammad Ali Pate: Global Director, Health, Nutrition and Population, World Bank
The Big Event and this year’s World Mental Health Day campaign, with the slogan: Move for mental health: let’s invest, will highlight actions that can be taken at all levels to increase investments in mental health: at the individual level, taking personal action that supports one’s own mental health and that of friends, family and the wider community; at the national level, establishing or scaling up mental health services; and at the global level, investing in global programmes to promote mental health.
In addition to appearances from celebrities, advocates and world leaders, The Big Event will include short films highlighting WHO and partner initiatives that are improving mental health around the world. The films feature programmes spanning countries from Jordan, Kenya, Paraguay, the Philippines and Ukraine. They cover a range of mental health issues including self-help and stress management, adolescent mental health, mental health and health workers, suicide prevention and improving the quality of life of people with dementia and their carers. The winner of best mental health film, a newly created category in WHO’s Health for All Film Festival, will also be announced during the event.
“Mental health is a concern for all of us,” said Dévora Kestel, Director of WHO’s Department of Mental Health and Substance Use. “Yet, for several decades, investment in mental health has fallen woefully short of what is needed, in every country of the world. COVID-19 has made painfully clear the need to ensure that our mental health services are not only robust enough to be able to provide care through alternative means when visits to health centres are no longer possible, but also able to provide support to greater numbers of people. The Big Event will highlight that there is a way forward, when there is a commitment to investment, and that such investment has positive benefits that go far beyond public health.”
Informational source: WHO Global – https://www.who.int/news-room/events/detail/2020/10/10/default-calendar/the-big-event-for-mental-health

All-Russia Scientific Conference "Community-based Psychiatry: Challenges and Solutions" devoted to memory of the great scientist V.S.Yastrebov was held on 21...

Graduating from high school is a time of excitement and adventure for young people, but also a time filled with uncertainty. It is natural...

The Congress on Mental Health: Meeting the Needs of the XXI Century, Organized by The Union for Mental Health of Russia, on April Issue 'WPA News'

Full information on World Psychiatric Association website. The Congress on Mental Health: Meeting the Needs of the XXI Century...

From October 8 to 11, six films about people with mental disabilities were shown as part of the III Docu-MENTAL...

DR. JUDY KURIANSKY, UNITED NATIONS REPRESENTATIVE OF THE WORLD COUNCIL OF PSYCHOLOGISTS (WCP), ONE OF THE KEY CONGRESS SPEAKER, WITH WELCOME ADDRESS TO THE CONGRESS PARTICIPANTS

According to the World Health Organization data set out as part of the 2017-2025 Global action plan of the Public... 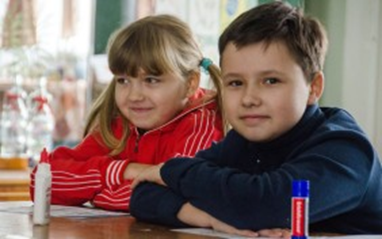 CHILDREN, SOCIETY AND THE FUTURE III Congress on Mental Health: Meeting the Needs of the XXI Century

The III Congress on Mental Health: Meeting the Needs of the XXI Century was held, online, on 8-9 October 2021 in Moscow...

Dr. Edward Chan, President of the Asian Federation of Psychotherapy, with Welcome address to the Congress participnats