Murali Thyloth, Professor and Head, Department of Psychiatry Ramaiah Medical College, President Elect, WAPR (Bangalore, India)
Dr. Murali Thyloth did his medicine graduation in 1979 from TD Medical College Alleppey Kerala state, India and he was trained at the National Institute of Mental Health and Neurosciences (NIMHANS), Bangalore in Psychiatry. He obtained his DPM in 1982 and MD in 1985 and joined the teaching faculty of NIMHANS, Bangalore, India from 1985. Dr. Thyloth is an excellent clinical psychiatrist with special interest in adult psychiatry, rehabilitation psychiatry, geriatric psychiatry, addiction medicine and community psychiatry. Since then he was involved in psychosocial rehabilitation and was holding the post of the Head of the Department of Psychiatric and Neurological Rehabilitation NIMHANS for 11 years. Dr. Thyloth had served as a member of Academic Council, Board of Studies and PhD Registration Committee of NIMHANS for 11 years . He was the Chairman of PhD Registration Committee for one year. He was instrumental in developing 14 psychiatric rehabilitation facilities in different parts of India. In 2001 he has coordinated the efforts of around 50 agencies taking care of the mentally ill persons who are homeless in the state of Kerala and started providing technical support to improve the skills of care givers.Dr. Thyloth was a member of the team constituted by the National Human Rights Commission for the Project “Quality Assurance in Mental Health” wherein he made visits to Mental Hospitals , Medical College facilities and NGOS all over India. He had received a WHO fellowship under Dr Robert Paul Liberman at the UCLA, California, USA.He has undergone training in social skills training for serious mental disorders under Dr Robert Paul Liberman at the UCLA, California.
“Mental health is a neglected area in the health care delivery system especially with regard to low and middle income countries. One of the reasons for this is the lack of awareness among medical profession, administrators and public. In this regard it is important to develop awareness among all the stake holders about the importance of mental illness. In India I have been involved in public awareness programs for the past 30 years involving various stake holders. Starting the process with Medical undergraduates, Medical professionals, Administrators, Non Governmental Organisations and the Public at large ,different methods  were tried.  Formal and informal education for different types of population was imparted.
Medical graduate’s education is quite formal and carries a syllabus. For the others it is of varied nature depending the need of the situation. Workshop model of education with active participation of the audience is one method. Conducting public functions on mental health along with dignitaries and popular figures and making them to talk about mental health is another method used in different parts of India. Developing telefilms and short movies on mental health with survivors as actors along with professional artists is an innovative method which has been received by the public with interest.”

Natalia Treushnikova, President of the Union for Mental Health & Member of the General Council of Business Russia, launched an...

PROF. BORIS D. TSYGANKOV, HEAD OF THE DEPARTMENT OF PSYCHIATRY, ADDICTION AND PSYCHOTHERAPY OF FACULTY OF ADDITIONAL PROFESSIONAL EDUCATION OF MOSCOW STATE UNIVERSITY OF MEDICINE AND DENTISTRY NAMED AFTER A.I. EVDOKIMOV, DELIVERS A REPORT AT THE CONGRESS 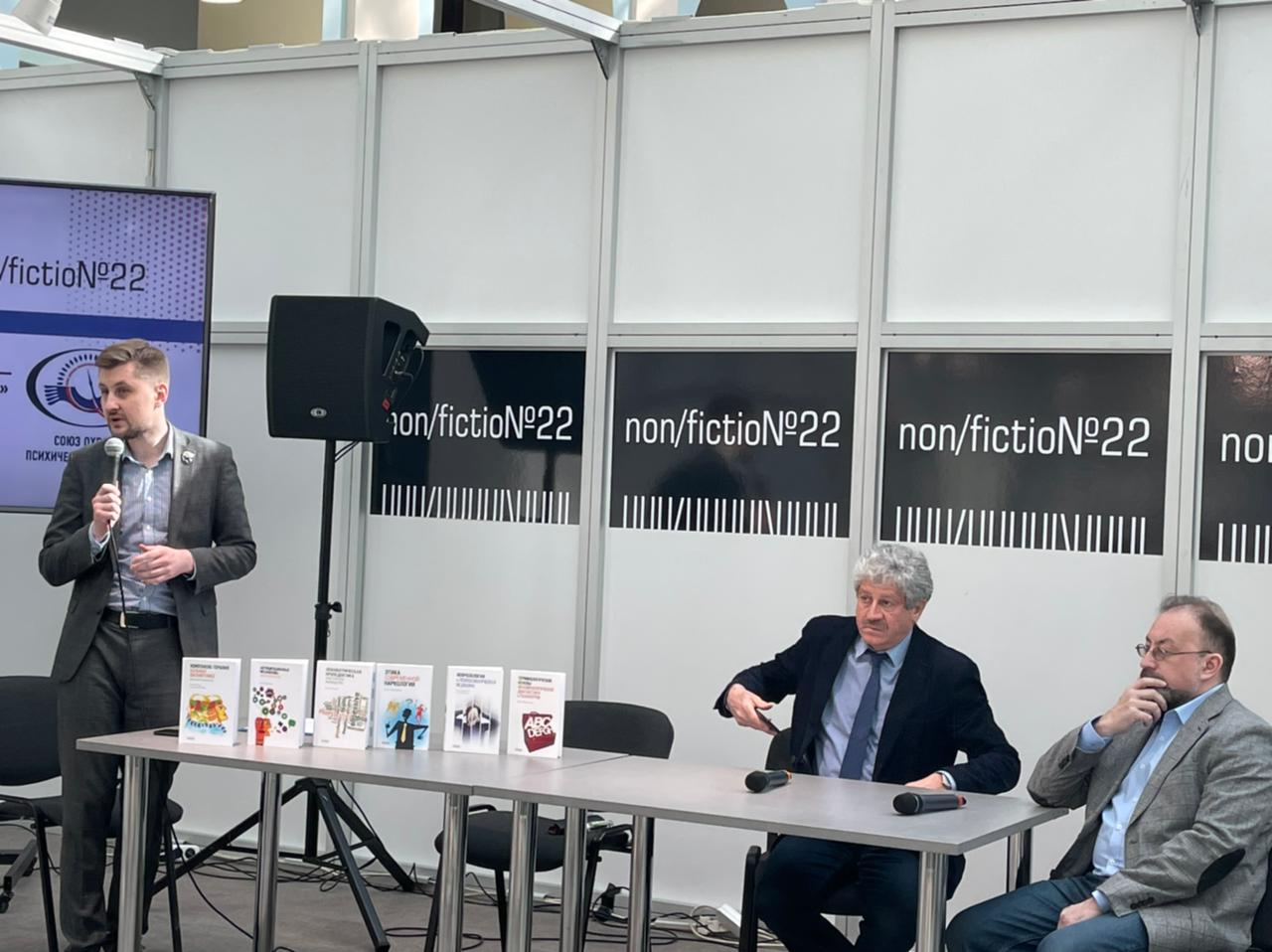 Library of the Union for Mental Health at the International Fair of Intellectual Literature non/fictio No. 22

The Union for Mental Health of Russia has established the National Awards “Harmony” to honor excellence of professionals in mental...

Last Registration Deadline for the Congress by September 01, 2016

Last Registration Deadline for the Congress by September 01, 2016 Around 600 international and russian experts from various spheres of...

15th November is European Music Therapy Day! Music therapists, the specialists in the field of music and health, will hold...