According to the World Health Organization data set out as part of the 2017-2025 Global action plan of the Public Healthcare Sector for Dementia Response, in 2015, there were 47 million people with dementia (or about 5% of the planet’s’s elderly population) worldwide; and this figure is estimated to have risen to 75 million by 2030, and to 132 million by 2050. According to recent data, dementia annualy develops in around 9.9 million people worldwide, which means that a new case of the disease occurs every three seconds. Currently, about 60% of people with dementia live in low- and middle-income countries, and it is there that most of the new cases (71%) are expected to occur. Dementia is one of the main causes of disability and dependence among the elderly around the world, which has a significant impact not only on those affected, but also on the people caring for them, the families and societies as a whole. Dementia accounts for 11.9% of the years of disability.
World Alzheimer’s Day is celebrated on September 21 of every year. Alzheimer’s disease is a disorder that impairs mental functioning and is considered to be the most common form of dementia. The day remembers the people who are affected by dementia, their families, carers and their friends. World Alzheimer’s Day is an international awareness campaign that raises awareness and challenges the stigma that surrounds dementia.
To improve the quality of the information and educational environment in the field of dementia prevention and treatment, rehabilitation and care for people with dementia, the International Conference “Modern Society: Dementia Challenges” will be held on 20 October 2018 in Moscow, Russia. The Conference will discuss modern approaches to the prevention of dementia in regional practices and prepare recommendations for improving the quality of therapeutic, rehabilitation services for patients with dementia based of interdisciplinary and intersectoral collaboration approach. The Conference is organized by the Gerontology Society acting under auspices of the Russian Academy of Sciences, the Saint-Petersburg Institute of the Bioregulation and the Gerontology, the Scientific and Research Medical Center “Gerontology” (Russia) under the patronage of the IAGG Europe- Clinical Section.
The International Conference “Modern Society: Dementia Challenges” will be a part of the official scientific program of the II Congress on Mental Health: Meeting the Needs of the XXI Century” organized by the Union for Mental Health Russia in cooperation with the Russian Psychiatric Society, the Russian Society of Psychologists, the Russian Professional Psychotherapic League. The II Congress has the great honor to be co-sponsored by the major global professional organizations including the World Psychiatric Association (WPA), the World Association of Social Psychiatry (WASP), the World Association for Psychosocial Rehabilitation (WAPR), the World Council for Psychotherapy (WCP), the Action for Mental Health (AMH), Autism Europe, and the others.
The more detailed information on the Congress scientific program can be found here: www.mental-health-congress.ru 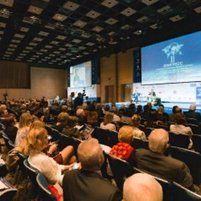 Engaging and connecting for the good of workers!

The COVID-19 pandemic has caused enormous damage to the social systems and economies of countries, the health and well-being of...

Prof. Alfred Pritz, President of the World Council for Psychotherapy, addressed welcome words to the I World Congress on Mental Health

Prof. Alfred Pritz, President of the World Council for Psychotherapy (Vienna, Austria), Ph.D in Psychopathology and Pedagogics in Salzburg, General secretary of the...

Source: http://www.cnm-congress.si/   There is only two months left to make decision about participation at the 22nd Congress of Child...